Is this sailing F1? 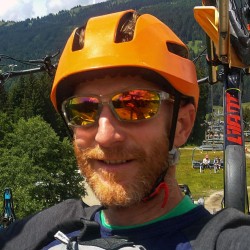 Andrew Redman
Andrew is the founder and director of Realise: The man, with the original vision, driving the company forward for over a decade.

Andrew comes from a sailing background, and originally trained as a Naval Architect, but was ultimately drawn to changing the world through product design. He‘ll happily admit he’s more recently defected to skiing!

No! Just jolly sailors out for a bally wizard prang…

Not a lot of people know that I used to whizz around on the back of a Moth for fun. What? It’s probably not what you are imagining. The “International Moth” is a high speed singlehanded racing dinghy. The Moth is a ‘development class’, whereby the class rules are kept very simple to actively encourage technical experimentation. This has resulted in The Moth being the fastest, most bonkers and difficult to sail of all ‘singlehanders’.

Moths have been continuously developing for 75 years, but probably the first really significant innovation in the 1970’s was adding wings to the side of the boat. Whilst this co-incidentally made them look more like real fluttery moths,  the actual purpose was to get the sailor’s bodyweight further outboard and therefore be able to balance this against more power in the sail.

This instantly made the Moth faster, but more importantly allowed the hull itself to be much narrower. Throughout the 1980’s and 90’s Moth designers made hulls narrower until boats like the “Axeman III” ended up being around 240mm at the widest point. They were almost impossible to sail – especially with a strong wind behind you. This is like being pulled along by a bucking bronco whilst balancing on a unicycle (or not):

In response to this Moth sailors have become incredibly adept at balancing against the wind. This left the door open for the next great development… Hydrofoils. At first it seemed like a ridiculous idea, but it’s quickly become the norm at Moth events to see sailors balance a boat on top of a hydrofoil at 20 knots or more. It’s pretty impressive.

Well if you think that’s “out there”, to the traditional bonkers design of the International Moth has been added a new wave of wonderment… Wing Sails.

This summer Moth sailor Adam May (who works for the British Americas Cup Team ‘Origin’), designed a wing sail for his Moth “Carbon Footprint”. An old friend at Beer Boatyard built it and then Adam tested it just over a month ago at Weymouth. It worked a treat! People have been using wing sails for years, but usually on multihulls like “C-Class” cats, which are stable enough to do it on. This is the first time someone has attempted to put one on a wildy unstable boat like a Moth… In Adam’s own words:

For pretty much as long as I’ve sailed I’ve had a fascination with the futuristic looking C Class cats, and their wing sails. I’ve always wanted to do a wing, but had imagined it would be as part of a C Class team one day. But what about building a nice scale version to get to know about them that bit better? Good plan – unless your own boat is already one of the most extreme sailing boats out there…. Oh well, got to be a bit bold sometimes.

Bold it is – looks lovely in fact, very sharp indeed!:

I am over the moon to see this done successfully. Big congratulations to Adam. No fanfare, no spot on the 6 o’clock news, but to me (a rubbish old armchair sailor these days), this is an individual heroic achievement.

I am particularly in awe because my final year Naval Architecture degree thesis was the feasibility of a wing sail for an International Moth. Plenty of people tutted at me and shook their heads (though that could have been at my dreadful maths). So despite my failure to do anything with the idea I at least have the satisfaction of having predicted the future. The important thing though is having been through the design loop myself, I can tell you that what he’s done is clever.  Well done and Thanks Adam, I’ve been believing in this for … **ahem … 18 years ahem**. Time flies even faster than a moth.

Talking of which I have some more Moth news coming soon (a Tiger one this time)… But for now let’s just look at some cools pics of Adam’s achievement. You can read more about his wing sailed ‘carbon footprint’ at his site. 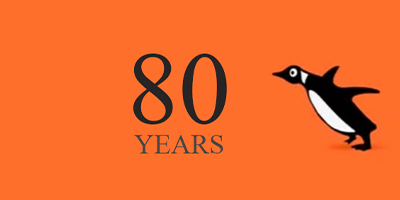 Being a Product Designer – What Does it Take?
Scroll to top