Plastic recycling in the UK

I remember seeing on BBC News a brief interview with a representative for a plastics manufacturer. To my disbelief, the representative blamed the public for the problems we are now facing to do with plastics. Although the statement isn’t necessarily entirely untrue the issue cannot be directed to single source (we have all input to the arisen circumstance.) There are both local and global issues to be faced here, individual to each nation with lessons we can learn and share – hastily! A global strive led by the combined efforts of the government, industry and public.

Plastic contamination of water sources, the ocean, the environment, landfill and cities is a growing thorn in the side of our global society. Since the introduction of plastics in the 1950s into the public domain plastic use has spiked. Untapped benefits of plastics never seen before meant rapid adoption of material, quick production of lighter-weight products, and making the availability of products to the masses more affordable.

Today we see a set of social values no longer emerging but becoming fundamental to the way we consume products, and ultimately the way we choose to live. Companies are scrutinised on their activity; the way a company conducts its business is under constant surveillance by stakeholders. Ethical practice and its implementation are swiftly becoming a priority on the consumer checklist.

A shockwave has passed long ago through the plastic industry. Only now are we seeing action being taken in response to it. Today we make and use 20 times more plastic than 50 years ago. Our explosive use of plastics has presented a herculean challenge ahead of us all.

As Jack Johnson sings ‘reduce, reuse, recycle’ to children and adoring fans alike we find awareness of plastic and its issues becoming more widespread. Yet, with any vision of a healthier world we need a strategy that works to make it real.

In the UK alone 275,000 tonnes of plastic are used each year. That is around 15 million bottles per day which are classed as ‘single use’ and in a few years this is forecasted to almost double.

In the UK’s plastic conundrum, as I see it, can be split into 7 key figures each with roles to uphold in regard to (but not limited to) plastic wastage and contamination.

We’ve seen some positive, and almost, self-initiated shifts from some companies such as Neutrogena removing microbeads from their cosmetic and personal care products, Waitrose has already committed to removing single use plastics within its own brand packaging, retailers charging for plastic bags to minimise consumption and encourage reuse, Coke to commit to 50% recycled material in its bottle by 2020, Evian to go use 100% recyclable materials by 2025.

Positive steps towards plastic utopia, perhaps. And voluntary, but still they may be too little and over a period of time that is too long. Voluntary commitment from other companies needs to be more forthcoming and push the use of recycled material into their products as a reason to shout about against their competitors.

Supplying the demand for plastic for over 50 years. Now manufacturers are seeing challenges facing them in the future of the plastics industry.

Approximately 50 per cent of plastics are used for single-use disposable applications, such as packaging, agricultural films and disposable consumer items. Current supply of plastic is a linear system whereby raw material is turned to plastic for its application and then simply disposed of when it reaches it end life. Today there are half a dozen EU plastic organisations pledging to launch a circular system. The end life of the product is replaced by it being recycled and its material re-purposed to become a part of the next ‘fresh’ material production. This is all in aim of reaching 50 per cent plastic waste recycling by 2040.

Before a product is put into production there a multitude of factors leading to the choice of materials. Product Design and Product Design Agencies in the UK can influence the source and grade of plastic however product design is very much led by cost, pointing towards another factor that suppliers and manufacturers can focus on.

One area for designers and manufacturers to turn to, but not single out for a solution, is material innovation and science.

The UK government has rolled out a 25-year plan to tackle plastic waste, taking us all the way into 2042. Again, a step in the right direction with the prime minister backing the plan as part of the strategy to creating a better environment for future generations however the intention behind this plan feels lacking in any real gusto.

Reassuringly, the government has helped to reduce plastic bag usage by 9 billion a year and pushed through the legislation on banning plastic microbeads, but this only happened because of organisations bringing to light the facts to the public, and the public then showing support to these organisations pushing for legislative enforcement.

As we know, it is the UK government’s responsibility is to voice the opinion of the public. There is an opportunity for the government to enforce these legislations and call for business and manufacturers to swiftly change their course of action on plastics, working more openly with organisations that can help facilitate a healthier relationship with plastic use and disposal in the UK.

Aside from political meanderings there is the additional frontline struggle with UK’s reclamation and recycling. The infrastructure just isn’t there and the budgets are tight. Investment for recycling and waste collection is airy as the cost implications outweighs the benefits.

Due to such poor plastic recycling infrastructure the strategies implemented are near to ineffective. The main concern is UK’s ‘on the go’ and roadside recycling schemes which are in place to reduce litter, and the collection of disposed plastics. Contamination is a major problem in these types of schemes. RECOUP, a registered charity and not-for-profit organisation work in collaboration with all stakeholders to promote, develop, stimulate and increase the levels of plastics recycling within the UK carried out a survey of Local Authorities in the UK. They found that ‘on the go’ recycling systems were failing. However, the EU Commission has prompted a strategy so that by 2030 all plastic on the EU market will be recyclable in an effort to tackle plastic pollution; single-use plastics to be abolished which should help alleviate pressure on these ‘on the go’ systems by reducing the level of plastic contamination.

Through greater awareness and education, the public have the opportunity to dictate the relationship we have with plastic and the speed in amending the issues we’ve helped inflict on our environment.

NPOs and other organisations are set up to support and amplify the voice of what change the public wish to see and of what they aren’t seeing being acted upon by the government. Useful tools in the strategy towards combating the use of plastics, as already mentioned in the case of Neutrogena.

One overcasting factor is the many cultures of this nation which, although empowering, brings along a multifaceted challenge in cultural difference, in regard to fundamental approaches of lifestyle and values.

Yet, such fundamentals can be nurtured to fulfil a unified national understanding. This can be seen through the strategies already implemented within schools and the curriculum for educating younger generations about the effects our use of plastic can have on the environment (and other aspects of greener, healthier living.)

Blue Planet II reached over 17m viewers and was rated as the best show of 2017. The fact that is was watched by so many is great for educating the public not only on species and things never seen before, but also the chance to visually see the impact that our land and sea-based habits are having on the ecosystems that support the most relied upon food source in the world.

It has not only opened our eyes but shocked the world to surely motivate many individuals into changing aspects of their life.

As of January 1st 2018 China has banned recycled material from the UK. The UK responded with, well, absolutely no idea what to do. China has upset the recycling cycle of not just UK but of many other western nations who are flapping in the wind wondering who to dump (their waste) on next.

Such a decision by China means immediate action is required by the UK and others. The UK’s response will incur a heavy cost due to its small size and less than capable recycling infrastructure.

~ Being candid about this, I find this utterly and frustratingly hilarious! Our floundering behaviour on such an issue has become so a like to when the UK gets a slight flutter of snow. The nation plunges into apocalyptic dismay. Everything comes to a halt, hunkering down just to wait it out. – until the storm passes.

It always costs to introduce new systems, and this cannot be used as an excuse. The money is always there it’s a case of who is willing to put their head on the line. No more excuses!

We’ve been resting on our laurels for too long and can no longer wait for the storm to pass because this one is here to stay – we helped conjure it. The UK has a strong financial industry but now we have an opportunity to invest in a large-scale recycling infrastructure and exportation of high quality virgin and recycled materials. Do we choose to moan and wait until someone else pushes through to a solution or do we lead the way? It’s what the politicians say, to lead the way So, I say again, actions speak louder than words!

Ready to make a change? Lets get started.

Being a Product Designer – What Does it Take? 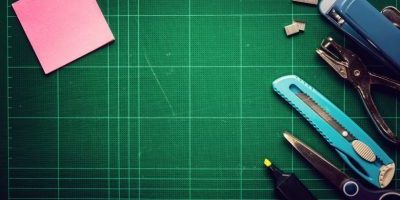 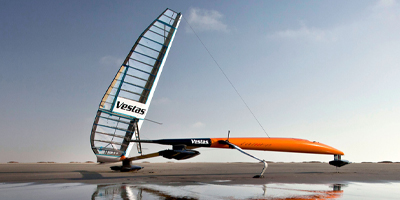